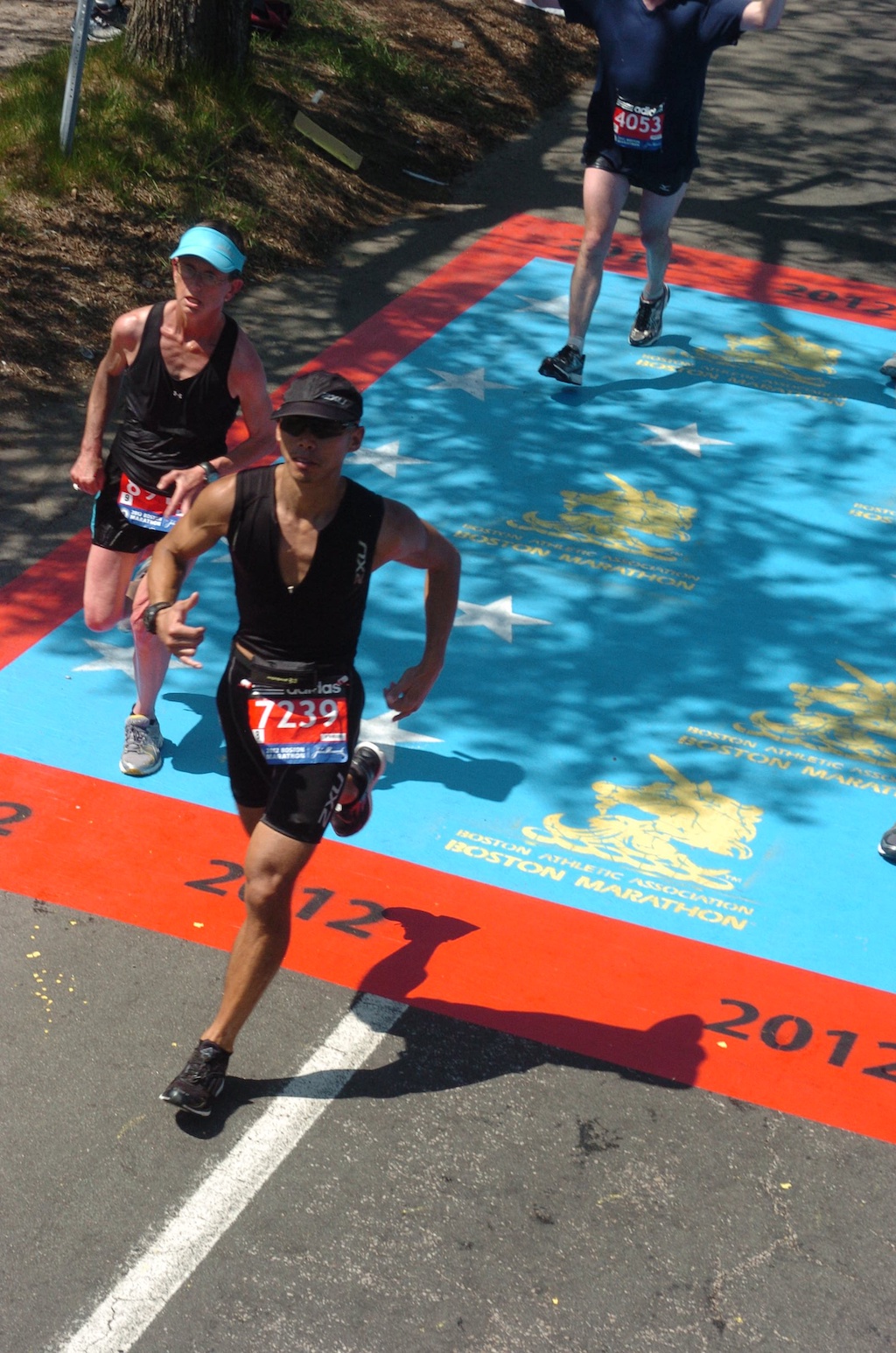 The Boston Marathon was a lifetime achievement for most people but for me, it was another race until I actually ran it. The challenge of Boston is that one must first qualify under a certain time according to age group and then in September, register before the registration window closes in about eight hours. I considered myself lucky to have qualified and registered. I had run two marathons before qualifying on my third marathon at the Honolulu Marathon in Hawaii in 2009 and I had registered just before registration closed in 2010. So when I actually ran Boston in 2011, it felt like a dream come true after years of preparation. 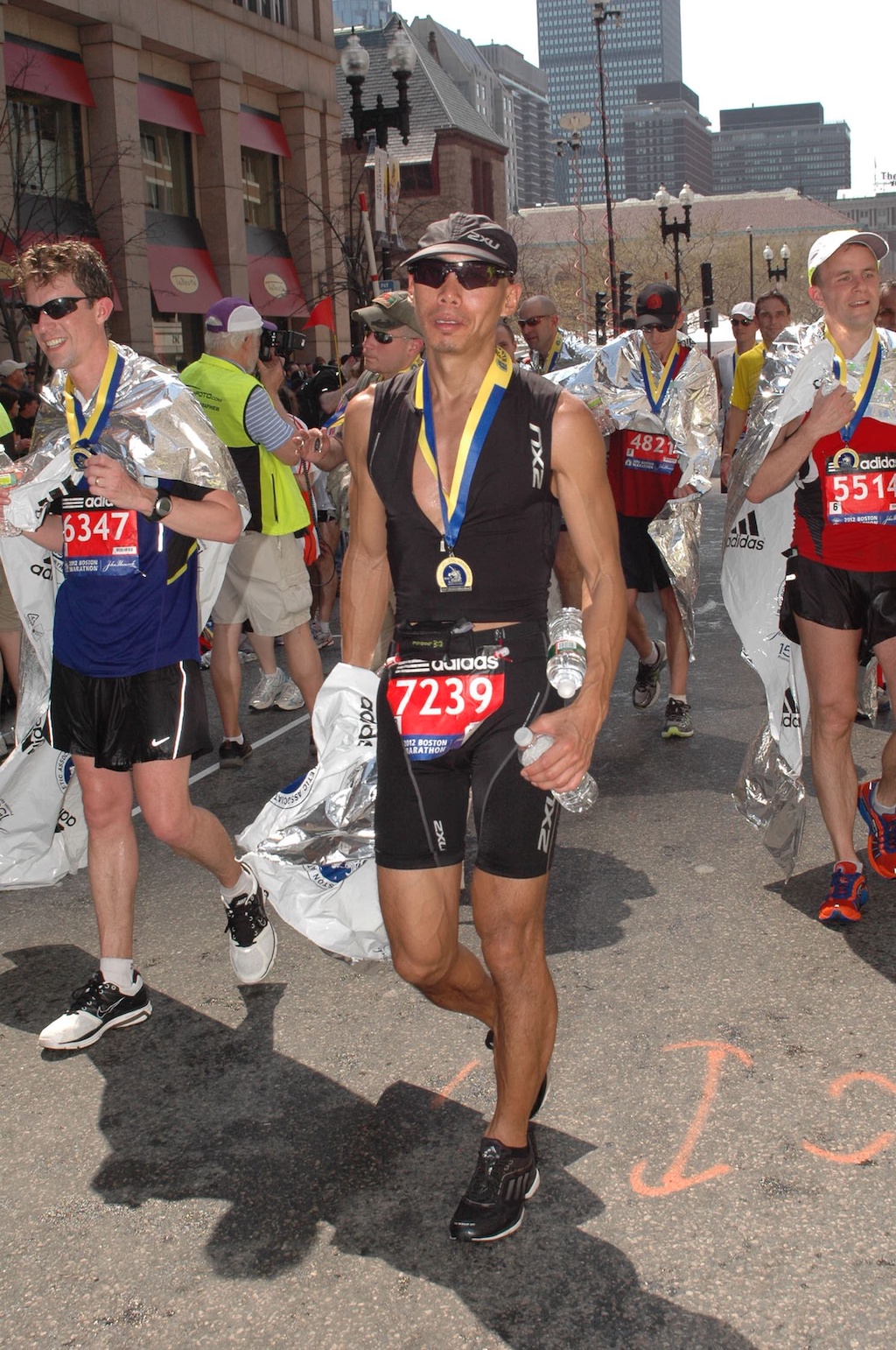 I had been competitively running for the past four years and had spent part of the year as a triathlete and the other part as a runner. Prior to running in the Boston Marathon, I ran in a series of races as part of his training regimen such as the HURT100 (100K/100 mile race) on January 17, 2011, Honolulu Marathon on December 11, 2010, and the Xterra World Championship half marathon trail run on December 5, 2010. 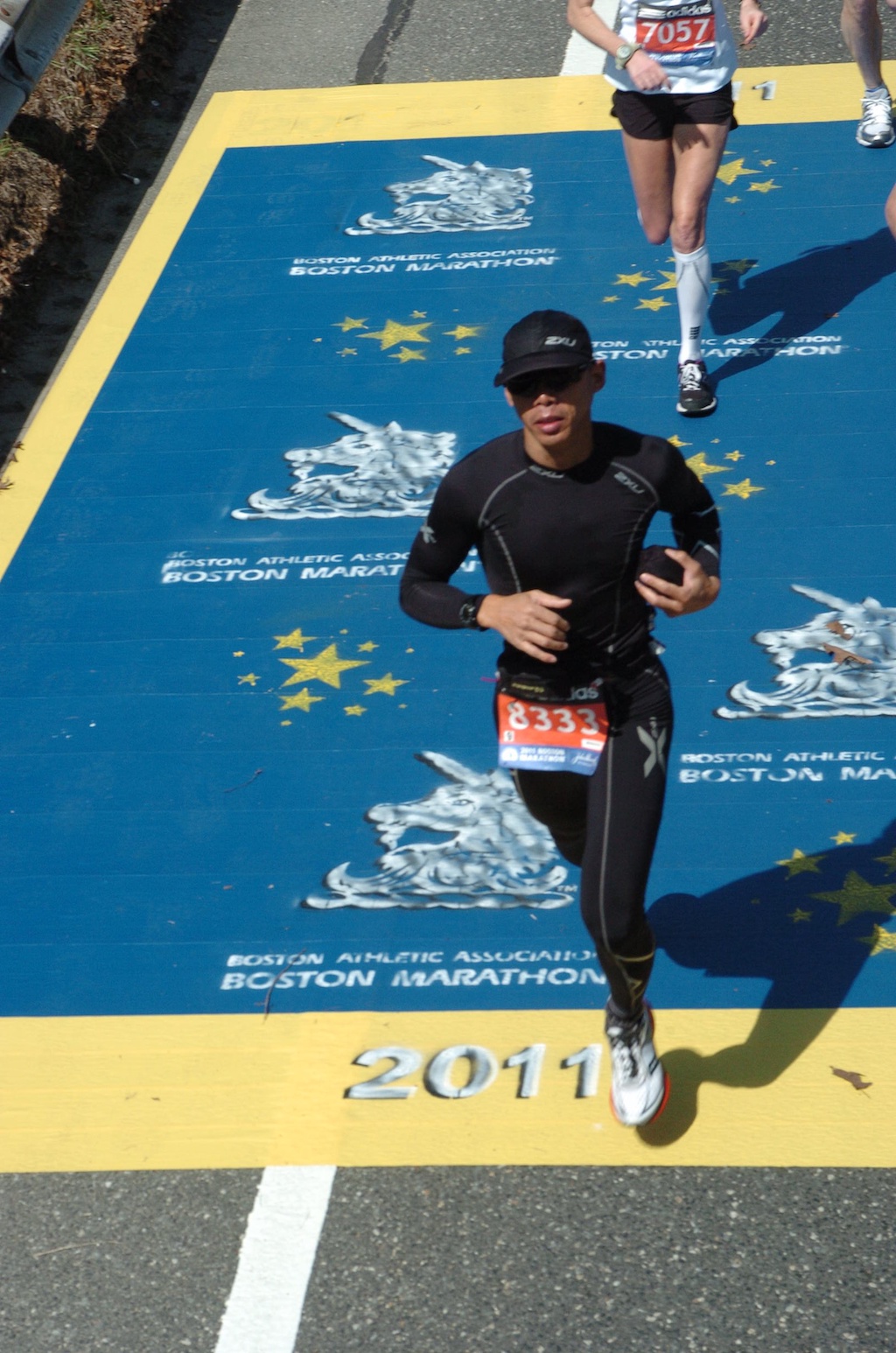 Being a Hawaii runner, I was concerned about the cold weather conditions. In order to prepare for the cold conditions, on the way to Boston, I stopped in Chicago for a few days to adjust to running in similar weather conditions. Adjusting to temperatures in 40 to 50 F degrees was not easy for me and had to buy clothing that would better regulate my body temperature to cope with the extreme changes in temperature due to the wind gusts. On the day of the Boston Marathon, the temperature was about 45 degrees that morning and warmed up to about 55 degrees during the race. Perfect running weather as it turned out with very little wind but just enough of a breeze to cool you down. The weather was the perfect conditions to break the world record, which was done that day (2:03hr) by Geoffrey Mutai from Kenya.”

The 400 ft. gradual downhill run from the start to the 16 mile mark was very fast paced, which expended more than normal energy, so many people fell out after they hit the wall at mile 21 which is known as Heartbreak Hill. When approaching the last leg of the race, six miles through Boston downtown, the course leveled out and the cheering crowds made finishing comforting.
To view the Boston Marathon course, click here.

I finished the Boston Marathon in 3.13 hrs with a pace of 7.23 minute mile pace. My strategy was to conserve as much as possible and to pick up the pace at mile 18. However, it was difficult to hold back and conserve because the race started on a gradual downhill. So in order to slow myself down, I high-fived the crowds of kids along the way for about five miles.

WHAT BOSTON MEANT TO ME 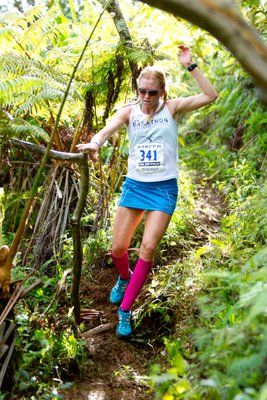 My first Boston Marathon was bitter sweet because I ran to remember a friend who had recently passed away.

Sally Meyerhoff, a US Olympic Marathon Trials qualifier, had died at the age of 27 in a cycling accident on March 8, 2011. I had met Sally in the fall of 2010 at the Xterra World Championship 21K Trail Run. Since then, I had kept in touch updating her on my upcoming races up until the Boston Marathon. One month prior to the Boston Marathon, as I was about to email her, I had received an email about her untimely death. This event gave running in the Boston Marathon race new meaning. During the race at mile 21, as I was “hitting the wall” feeling pain in my hips and quads, I saw a female runner with “Sally Meyerhoff” printed on the back of her running shirt. This commemoration of Sally’s spirit for running gave me the strength to get me over that wall.

ABOUT THE BOSTON MARATHON
The Boston Marathon is the world’s oldest annual marathon and ranks as one of the world’s most prestigious road racing events. The Boston Athletic Association manages this American classic, which is sponsored by John Hancock Financial Services. The Boston Marathon has distinguished itself as the pinnacle event within the sport of road racing by virtue of its traditions, longevity and method of gaining entry into the race (via qualification). The legendary Boston Marathon course follows a point-to-point route from Hopkinton to Boston, and is certified per the guidelines set forth by the IAAF and USA Track and Field. 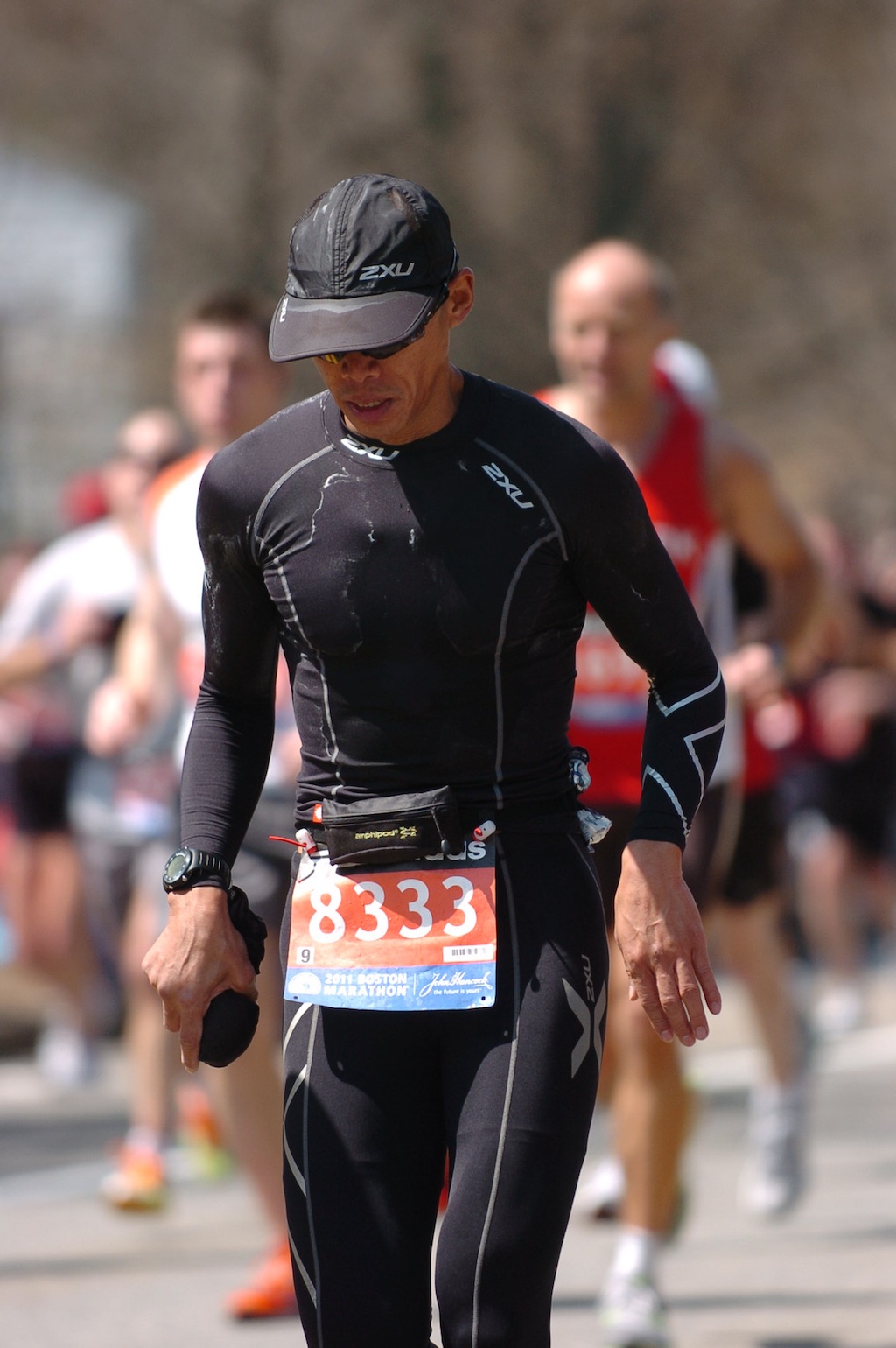