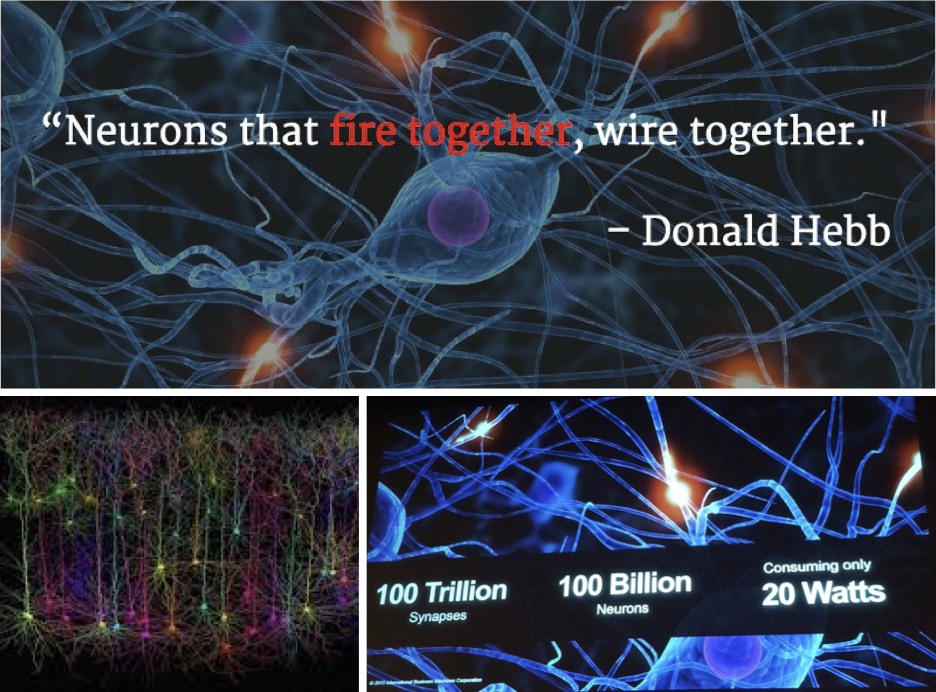 What is the next generation, “third wave” of artificial intelligence (AI) going to look like? According to Defense Advanced Research Projects Agency (DARPA), a government agency that has the mission to make breakthrough technologies for national security, the “third wave” AI theory and applications where the “first wave” (rule based) and the “second wave” (statistical learning based) did not have, is brain-inspired “contextual adaptation”. The third wave of AI will not only have the ability to perceive, reason, abstract, and learn but the ability to “adapt and overcome” (Launchbury, 2017).

Currently, statistical learning-based AI with deep learning neural networks is very task specific with very little interaction with the environment. Clever statistical probabilistic algorithms such as neural network determines the likelihood of an outcome such as determining whether this picture is of a cat or dog based upon large training data sets of various types of dogs. This “second wave” approach is commonly used by companies such as Google and Facebook for image recognition and categorization of content where large data sets are accessible. This approach benefits big data, but small data sets such as research images from a newly discovered disease is a problem. As a result of the smaller sample size, the outcome of misdiagnosis increases and accuracy decreases. In this case, there needs to be a better AI approach where small data sets can be used to achieve a high degree of accuracy.

Recently, DARPA issued an announcement (DARPA-PA-18-02, DARPA-PA-18-02-08) for brain-inspired “third wave” AI algorithms. This announcement was an opportunity to invite submissions for innovative basic or applied research concepts of “third wave” AI exploring radically new and under-explored brain-inspired massively-scalable computing methodologies. These novel machine learning approaches have the potential to support real-world problems both in the defense and civilian technical domains with applications such as self-driving vehicles, drones, medical, and cyber. One of the approaches dealing with real-world IT problems is “contextual adaptation”.

A third wave model for contextual adaptions maybe in the form of intelligent autonomous agent networks. Intelligent autonomous agents address dynamic changing environment where perception from sensors such as cameras prompts behavioral responses as complex as a battlefield (Kott et al, 2018). For example, the agent detects from camera sensors an image of a potential threat, based on previous learned battle experiences, the AI intelligent agent takes an action making a reasonable decision with situational awareness.

Overall, brain-inspired models where neurons that “fire together, wire together” have the potential to support real-world problems both in the defense and civilian technical domains. Applications for intelligent autonomous agents can be used in self-driving vehicles, drones, medical, and cyber. Next generation, third wave contextual adaptation promises greater capabilities for AI to perceive, reason, abstract, and learn.