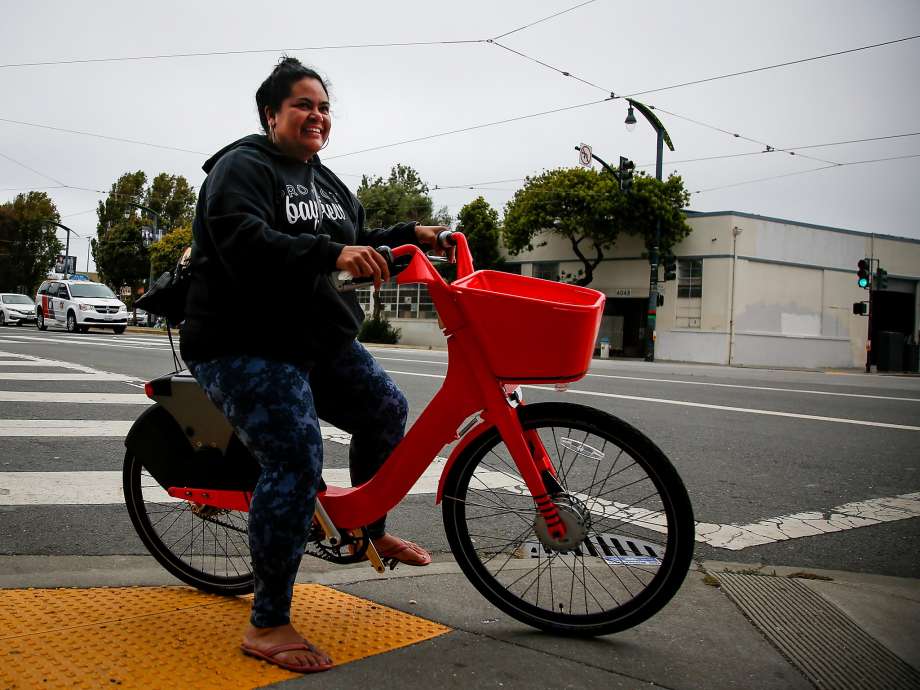 This will be the first e-bike program for Social Bicycles, a Brooklyn, N.Y., firm that runs bike sharing in 27 cities including Portland, Ore., and San Mateo. This week, the company is running a free e-bike demonstration in the Bayview and Mission districts. Eventually, it plans to charge $1 for 15 minutes of riding. By comparison, Ford GoBike’s single-time fee is $3 for a 30-minute trip, and its bikes are strictly human-powered.

The electric-assisted bikes, branded Jump, require pedaling but can easily boost riders up all but the steepest hills. I rode up Broadway from the Embarcadero to Taylor, although the last block — a 21 percent grade — took some sweat and traversing.

There’s one problem for Social Bicycles’ Jump operation: It’s not permitted by the city yet.