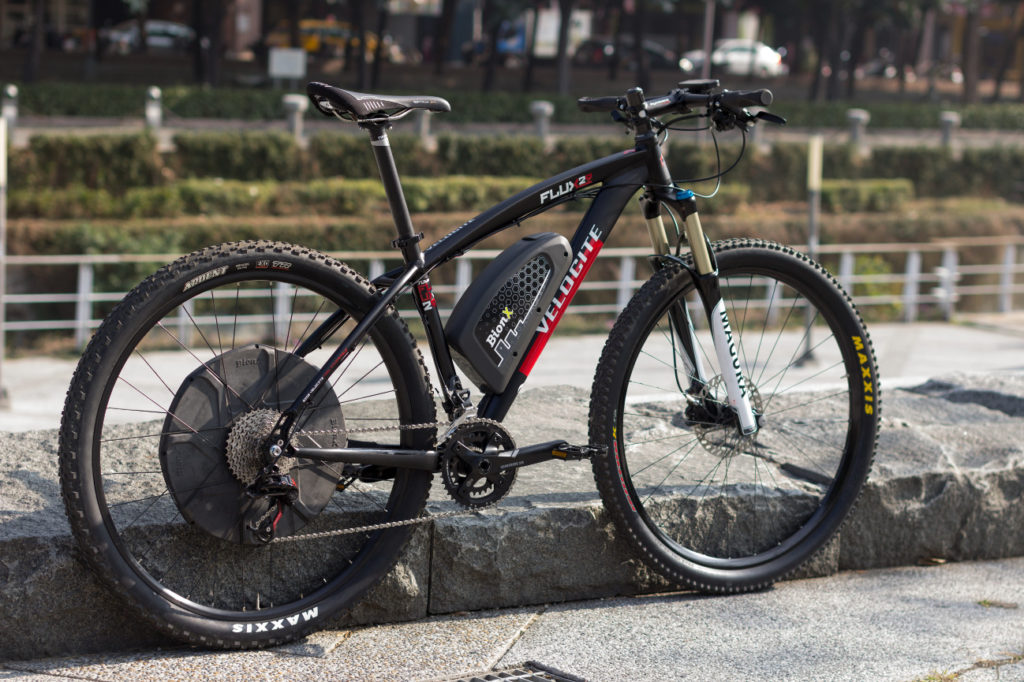 In April of 2014, I rode the first e-bike mountain bike from our partner.  This 29er Cross-Country (XC) alloy frame mountain bike was outfitted with a custom e-bike power kit that can be divided into four major components, including battery, torque sensor, motor and LCD console.  My first impressions of the bike was very sleek, flat black lines with oversized head tube, and sloping downward strokes of a beautifully balanced geometric frame.

As  a previous XC mountain bike racer who had competed in the Xterra World Championship, I had seen many bikes fall apart during the race over the volcanic mountain terrain of Maui, Hawaii.  The owner assured me that through years of testing and experience in building the stiffest bikes on the planet, that there would be no damage to behold of the frame.  Previously, at the Taipei International Cycle Show in March 2014, the owner showed me a carbon version of the frame used last year on trail with no damage seen except for some pelted rock surface scratches on the bottom tube from rocks debris.  This was to show actual use and the toughness of the carbon.  In addition, the owner also stood on top of the bottom bracket of bike by laying the bike horizontal and standing on the rear portion to demonstrate the stiffness of the carbon.

I then got onto the bike to test it’s handling, maneuverability, power, and braking, I was immediately impressed with the response of power from the acceleration.  Smooth and controllable and responsive even in tight snap turns, flicking the bike frame close to the ground.  I didn’t even notice the extra weight from the battery pack and hub transmission, nor did I notice any degradation in turning ability, breaking response time, and acceleration.