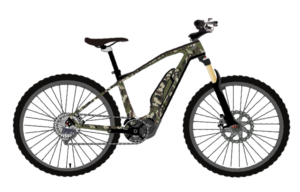 The Green Power Tech (GPT) project is a collaboration of green technologies applied to various applications. There are various green areas of focus such as electric mobility (eMobility).

Electric Mobility (eMobility) is an electric-powered vehicle such as electric cars and electric bikes (eBikes). These forms of transportation are popular in countries where gasoline price is high, air pollution is high, and the cost of buying automobiles is high. In addition, governmental incentives such as rebates and tax incentives help to reduce the initial purchasing price of electric vehicles increasing the acceptance of eMobility. This positively impacts the environment by reducing green house emissions resulting in less gasoline-powered vehicles and more electric-powered vehicles. Furthermore, a reduction of gasoline-powered automobiles and replacing these with eBikes has a benefit affect on the amount of gasoline-powered automobiles resulting in less traffic congestion and less CO2 emissions resulting in cleaner air. Amongst all these benefits, how is eMobility quantified? In this paper, I will discuss eMobility technologies, the differences, and methods to quantify eMobility benefits impacting society.

A category of eMobility is Electric Vehicles (EV) that consists of components such as a battery pack, a DC motor, and a Battery Management System (BMS). Where gasoline powered vehicles differ from combustion vehicles, EVs use a battery pack instead of a gasoline tank, a DC motor instead of a combustion motor, and a Battery Management System (BMS) instead of an electrical automobile control system. In addition to these component differences the relative power output of a combustion system as compared to a battery system is viewed to be greater with a combustion system. However, recent advances in battery technology and motors for EVs have greatly improved giving EVs motors similar or better performance. For example, a production off the line Tesla EV can accelerate from 0 to 60 mph in about 5.5 seconds. Although, EVs and combustion vehicles are becoming similar in performance, currently where these two systems differ is in the refueling along with the distribution network.

One major difference between combustion and battery power systems is the battery element and the distribution network. Of course, when a combustion vehicle runs out of gasoline, there is a network of gasoline stations ready to refuel the vehicle quickly. Currently, the distance of continuous travel for a combustion vehicle is greater than the EVs because the distribution network of gasoline stations is greater than a battery distribution system for recharging stations or battery exchange stations are too far and few for EVs. Given these differences in combustion and EVs, various technologies have emerged. Some of these technologies include finding the distance to the nearest recharging station for EVs and recharging payments systems and intelligent cloud management systems.

While the industry of EVs has grown, the technology associated with EVs has also grown such as batteries, motors, BMS, and the IT infrastructure. A brief description of these basic components of an EV is described as follows. The first component is the battery, the heart of the system because it carries a largest portion of the power, weight, and cost. The typical batteries in EVs are variations of Lithium Ion (Li-ion) commonly found in rechargeable computer notebooks. The second component the motor is designed to receive the direct current (DC) from the battery to power the motor rated in watts (W). Generally on an eBike, the larger the rating of the motor such as a 500W motor as opposed to a 250W motor allows the eBike to accelerate faster up to the allowable legal speed limit in the US of 45 kilometers per hour about 35 miles per hour and allows to climb hills better at 40 Newton meters of torque. The third component is the battery management controller or BMS where this electrical management system controls and manages the power coming out and into the battery while safely regulating the amount of power provided to the motor and the health of the battery. The forth component is the IT infrastructure for the EVs where support, maintenance, and diagnostics of the EVs’ subsystems such as the battery and motor health is monitored over a communications protocol such as CAN or RS485. This IT infrastructure can extend to the Internet with additional cloud like services such as provides online repairs, updates software, records service maintenance, tracks parts, locates EVs with GPS/GPRS, and provides fleet management services.

eMobility as a Service (MaaS)

Where would you like to be? This Mobility-as-a-Service (MaaS) infrastructure along with the BMS monitoring provides valuable data (micro-mobility) for the end user, manufacturer, and urban planners (Strobl et al., 2019, June). For example, in some eBike systems, the IT system is linked to an application on the smart phone where the speed, distance, battery capacity, and range can be communicated to the cloud applications. In a rental bike application, GPS/GPRS location and tracking data could offer assistance for biker to find desirable biking routes, thief security, fleet management, and locations to the nearest charging stations. In the cloud (Azure, Oracle), MaaS traffic analysis applications, route tracking data can give aid to city planners, environmental agencies, and tourism bureaus of where best to install bike lanes, how much carbon emissions is reduced, and where best to set up tourist attractions with bike path ways.

In this paper, I discussed eMobility technologies, the differences, and methods to quantify eMobility benefits impacting various consumers. Furthermore, the benefits of EVs can be quantified best with an IT infrastructure that offers manufacturers, city planners, environmental agencies, and tourism bureaus insight to data that can used to better manage micro and macro systems. A micro system to manage subsystems such as battery and motor controls that feeds data into a macro system that aggregates this data to provide meaningful usage data and cloud services. Thereby, providing this data benefits society by giving eMobility analytical justification to create a greener environment.

In addition, from the analysis in a form of a literature matrix, a common point in all of the articles is the placement of charging stations relative to the user’s location, frequency during the day, number of stations during the route, and the high and low frequency charging modes. Furthermore, implications of future research are to integrate the charging station into the power grid using a smart grid to monitor power from these charging stations. One example is using an e-roaming plug-and-charge system to network people who purchase EV vehicles and charge at EVSE charging stations while a central Virtual Power Plant (VPP) control system monitors peak power demand adjusting the power grid demand.