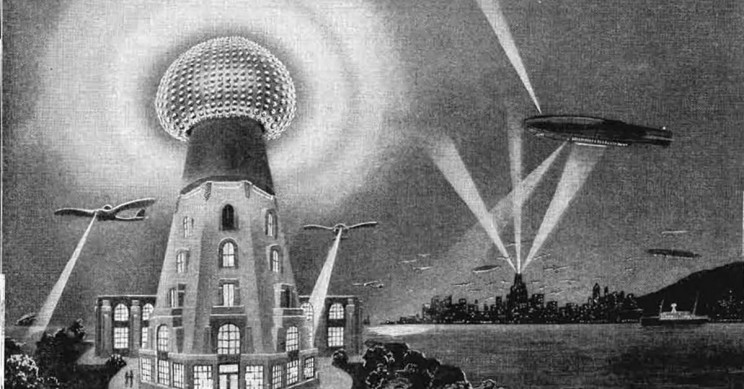 Unlike the Nikola Tesla defensive weapon called Teleforce, the conceptualization of electrostatic repulsion of a fired energy beam at intended targets has many applications. The potential to utilize fundamental theoretical concepts can be applied in energy, network communications, and propulsion. An exploration of Nikola Tesla’s inventions from the alternating-current (AC) electric system, Tesla coil, and radio technology has merits in electric motors, energy-directed propulsion, and network communications.

The research approach is to ask the root cause question of the elements used Teleforce. The author is an electrical engineer pursuing a doctorate in Information Technology with industry experience in electric motors, electronic welding machines, batteries, and cyber networking. The characterization of Teleforce from the literature review of Tesla’s patents and journal articles reveals his inventions have had impacted the world. The analyzed work of Tesla’s Teleforce machine dates back to the 1930s called a “peace ray” or “death ray” (Trosanski et al., 2018). The basis of “teleforce” was a theoretical electromagnetic weapon at the beginning of the 20th century. The claim to the invention is to have been invented independently by Edwin R. Scott, Harry G. Matthews, Gugliolmo Marconi, and Nikola Tesla. Tesla described the weapon in a letter written to Jack Pierpont Morgan, Jr. on November 29, 1934:

―I have made recent discoveries of inestimable value… The
flying machine has completely demoralized the world, so much
that in some cities, as London and Paris, people are in mortal
fear from aerial bombing. The new means I have perfected
afford absolute protection against this and other forms of attack.
… These new discoveries, which I have carried out
experimentally on a limited scale, have created a profound
impression. One of the most pressing problems seems to be the
protection of London and I am writing to some influential friends
in England hoping that my plan will be adopted without delay.
The Russians are very anxious to render their borders safe
against Japanese invasion and I have made them a proposal
which is being seriously considered.

―As though I am poor with words. I still didn’t explain it enough what
would be necessary to increase up to twelve stations: eight in Croatia,
each of the same construction like at Wardenclyffe and only 20 meters
high – a ball five meters in diameter – the station would be using diesel
oil for energy with mechanical action – my air turbines, steam powered,
electrically or other manners of transforming into alternating electrical
current with sixty billion volts pressure without danger. I am waiting
for Governor Subasic to select one station on top of Mt. Lovcen. There
will not be any light, electrical energy will deliver particles through
space with the speed of 118,837,370,000 centimeters per second. This
is 394,579 the speed of light. As I said about airplanes it can be used
for tanks, trucks, automobiles and various machines in factories, with
hydroelectrical wheels and unlimited other machines. The particles can
be larger than that of the diameter of an Hydrogen atom with metals of
all kinds of materials and sent to all distances and good results in war
and bring about peace. Particles are practical with neutrons, because,
they are 3,723 times lighter than electricity or electrons that cannot
penetrate space for great distances. In my attempts with an effective 20
million volts, electrons carried 40 times more electricity than normally
and penetrated two meters in depth and terrible damage in a moment
each. I have to finish because that I give you a fresh view.
Warm Greetings, I remain your uncle, Nikola.

Light, electric, nuclear particles are used in many applications, such as microwaves particles of energy sent to far distances for communications or short distances to cook food. Recently, light-driven propulsion in the form of nano/micromotors has been growing attention because of their potential for applications in biomedical and environmental fields (Wu et al., 2017). Light-driven micro-/nanomotor-based photocatalytic reactions are attractive because of the speed control using light.

Applications for light propulsion technologies not only for nano/micromotors but for space travel are viable. One of the advantages of using light as propulsion in space is economics. Light is highly efficient in space with the ability to accelerate particles. Currently, light is used in solar arrays to gather sunlight to power space stations to satellites. A spacecraft (TR3B, 2021) can harness natural astrophysical sources to achieve relative speeds for interstellar travel (Lingam & Loeb, 2020). Future work includes research on the terminal velocity of relativistic technologies using light sails, light power engines, and steller wind sails.